Small Modular Reactors (SMRs) – What the future will look like? 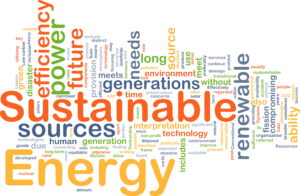 Imagine a future where; the majority of our power consumed worldwide has been generated with almost no carbon footprint, the oceans are used to solve water shortages, remote villages and towns around the globe have access to a safe, reliable steady-state electrical power, or a carbon-free portable power source that can be placed anywhere a flatbed truck can go.

If these scenarios excite you, then I have great news.  That future is closer than you think, and it is filled with even more possibilities for innovation.  What provides all of these potential opportunities?  Small and Micro Modular Reactors.

Small modular reactors (SMRs) are advanced nuclear reactors that have a power capacity of up to 300 MW(e) per unit, which is about one-third of the generating capacity of traditional nuclear power reactors. SMRs, which can produce a large amount of low-carbon electricity, are:

The global small modular reactor market was valued at $3.5 billion in 2020 and is projected to reach $18.8 billion by 2030, registering a growth rate of 15.8% from 2021 to 2030. Governments around the world are providing the necessary regulatory backdrop and funding options to support SMRs.

The use of modular reactors is poised to increase over the next decade with a rise in demand for electricity. In addition, to fight climate change, over-reliance on electricity sources generated from fossil-fuel needs to be reduced. Hence, more attention is given to renewable energy sources such as wind, solar, and nuclear.

This presents lucrative opportunities for the growth of this segment. Moreover, many manufacturers of modular reactors have acquired financial backing for beginning the construction of small modular reactors for power generation applications. For instance, UK-based Rolls-Royce’s mini-nuclear power plant design got a state backing of £405m into the development of a fleet of mini-reactors as part of a new push into nuclear power designed to help governments meet its net zero carbon targets.

Process Heat Applications – High Temperature: Most SMR designs will generate high heat. Applications for process heat begin at about 500°C. These temperatures require co-location of the SMR and the industrial user(s) to avoid heat loss.

Hydrogen is a key fuel for a decarbonized future, e.g., fuel cells, hybrid vehicles, and industrial uses. The current method of producing hydrogen by steam methane reforming uses fossil fuels with large releases of CO2. Electrolysis of water can be achieved by generating electricity from both commercial light water and advanced reactors. Other applications of process heat from SMRs include the production of hydrogen to make ammonia, synthetic fuels, and lubricants. High heat from advanced SMRs, e.g., > 500°C outlet temperature, uses 35% less electricity, but it creates challenges for materials in components to get the heat through a secondary loop, e.g., molten salt, gas, or steam.

A major chunk of the total energy spent globally is in transportation, space heating as well as heat required in industrial processes. Hence, any attempt at controlling carbon emissions, thereby climate change will require efforts with respect to reducing reliance on fossil fuels for heating purposes.

Modular reactors can be designed and developed for generating electricity as well as supplying heat required for various industrial processes. In addition, stringent energy regulations are anticipated to control atmospheric pollution, which will attract attention to clean energy. All such factors are projected to drive demand for modular reactors in process heating applications during the forecast period.

This is a peek into the future.  Accelerant Solutions is proud to be embracing and supporting the advanced nuclear technology revolution by providing cutting-edge technology and consulting services to our customers.

Are you ready?  The future is now.